When I woke up the town was blanketed with what I assumed was a light dusting of snow. Instead I was told it was an inversion.

Unfamiliar with the term I asked, “so that’s not snow?”

“No” a trainer responded “that’s crystallized atmosphere. Think of it as frozen smog.” 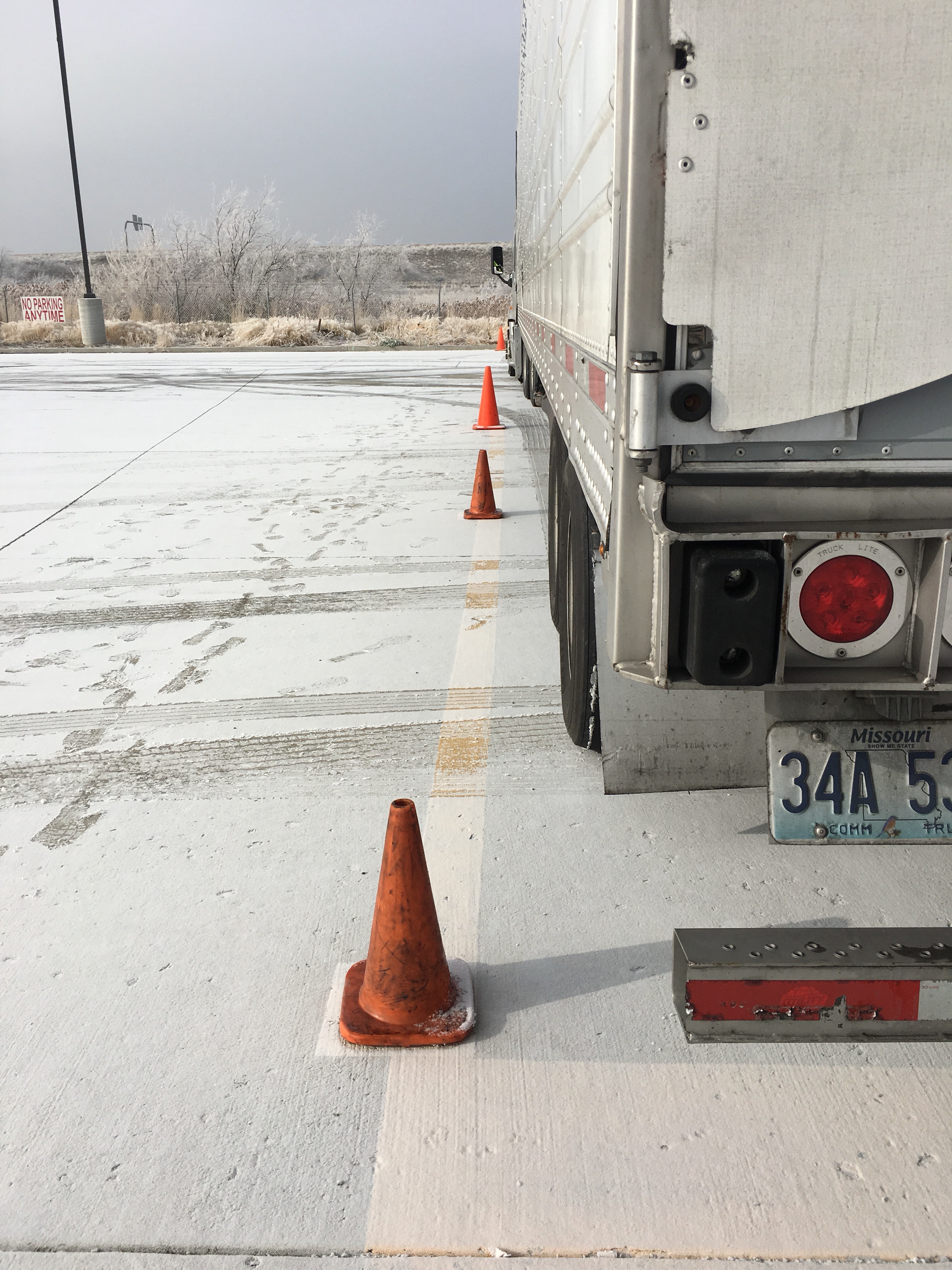 The silver lining of this was that the practice pad had a nice dusting which meant I could now really see my turns on my alley dock procedures.

After rationing out where I was going wrong by watching the tracks left in the dust (I mean really, what do I call this stuff?) I realized I needed to start forward of where I had been instructed to start.

Once that adjustment had been made it was a cake walk. Three maneuvers done in a row without points. Alley dock was the last one I needed to master on my backing maneuvers.

Tomorrow, as soon as I get in, another trainer is taking me out for a quick city run to “knock the rust off of my shifting”.

After driving a manual car for years I get the shifting maneuver, even the double clutching required to shift a semi, but I still struggle a bit. I know it’s nerves and having to remember all of the little rules and regulations (no shifting over train tracks, no shifting in turns until your trailer is completely behind your tractor, always keeping your transmission engaged instead of coasting to a stop, etc) and knowing I’m being tested on this tomorrow.

Yes that’s right ladies and gentlemen, I will be taking my final test tomorrow at 10:30am. Am I ready? Of course. Am I nervous that I’m going to F-up? You know it!

I’m pretty confident I will be fine, but I’ve also thought that before. At least, once this is done I won’t have to deal with a manual again since our fleet is automatic.

Until tomorrow all you lovely people…

2 thoughts on “An inversion you say?”