I have this thing I do. If I’m afraid of something I feel the need to meet it face to face and stand strong. It’s something from the way I was raised. It’s a way of saying that I won’t be ruled by my fears. It is something that has served me well at times and others, well lets just say that sometimes fear is there for a reason. I’m still alive but there have been more than one time in my life where in the aftermath I’ve thought “Woah, that could have killed me.”

In the case of yesterday, I had to come face to face with something that irrationally makes me uncomfortable. Caves are one of the things in my life that I really don’t care for. It’s not a thing that I have a reason for, but isn’t that the way of Phobias?

I knew in this job that there would be times that would test my mettle. Yesterday, I had to drive and deliver into a cave and come face to face with my irrational fear of being underground. Everyone told me it isn’t that bad, and it wasn’t, but it was still a challenge. 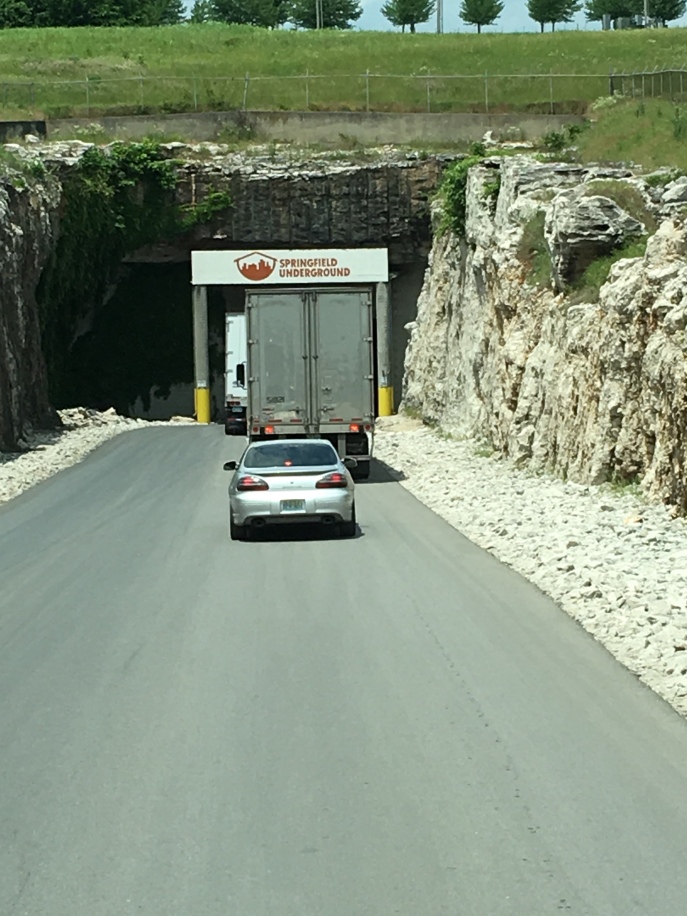 There are a few underground storage locations and really, they are pretty brilliant. After spending a few days off in Madison, WI I took a load of cheese (go figure) to Springfield to the caves. These locations are made into the bedrock and can be more energy efficient than cooling a steel building above ground. Think of it as a root cellar on a much larger scale. 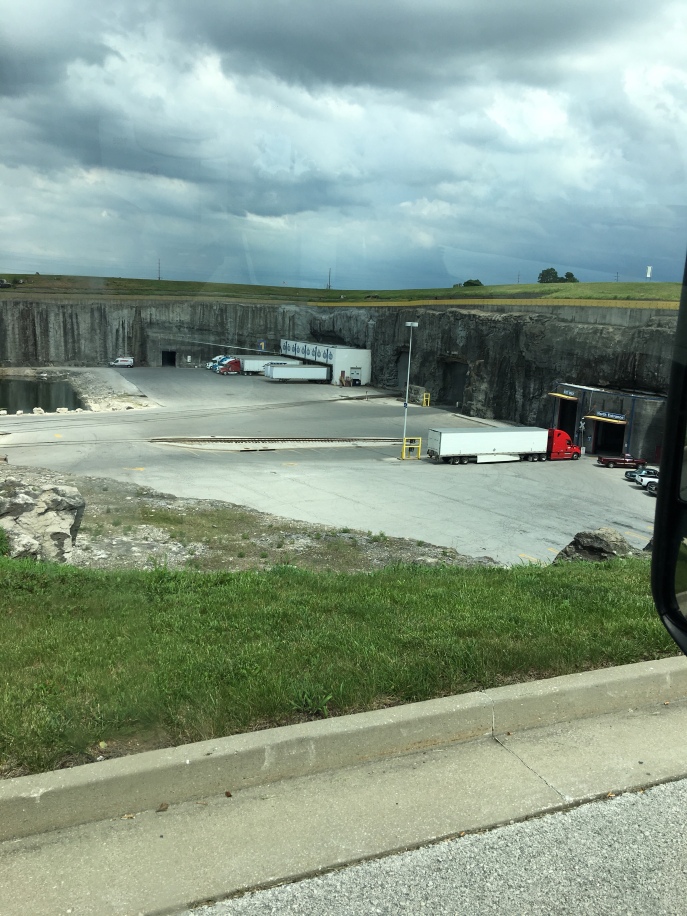 This one is rather large and I marveled at the construction of it all. 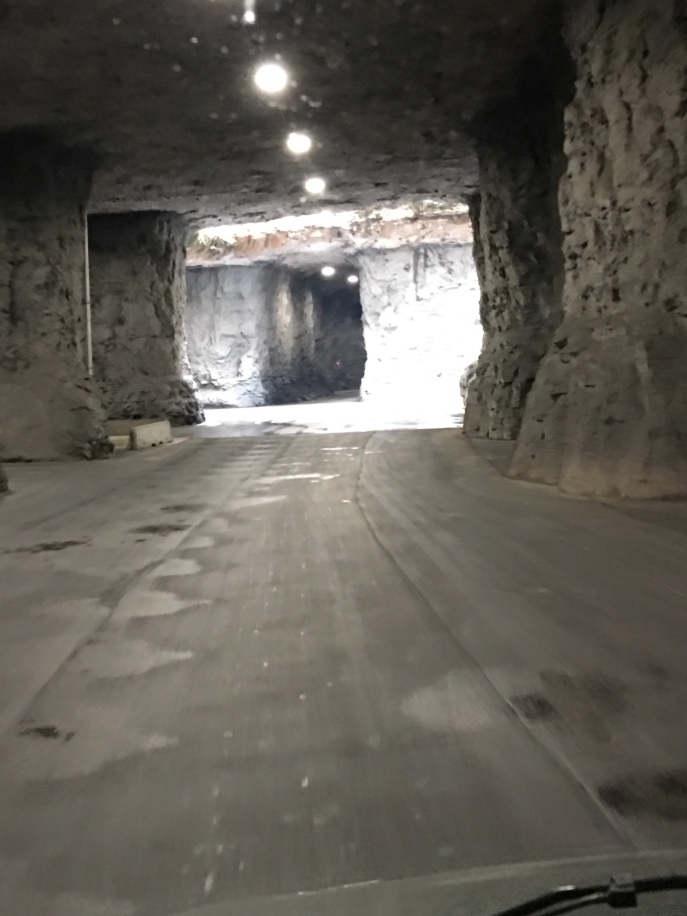 There are points where there are openings in the ceiling to allow for air access. Considering that trucks are running in here it makes sense. They need the fresh air to keep from the carbon monoxide from becoming trapped. 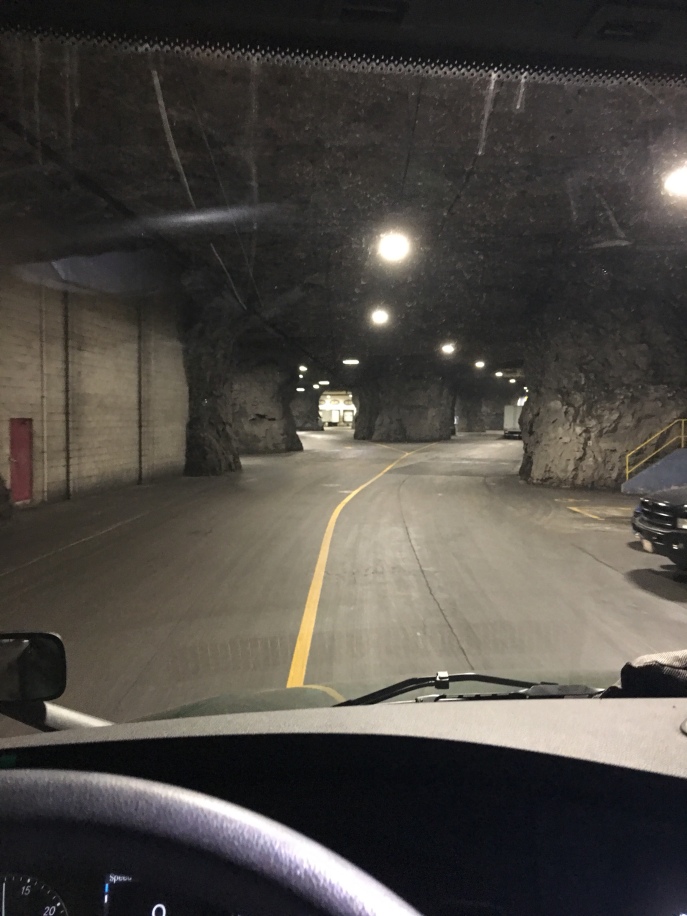 The lanes are large enough for two trucks to pass one another. 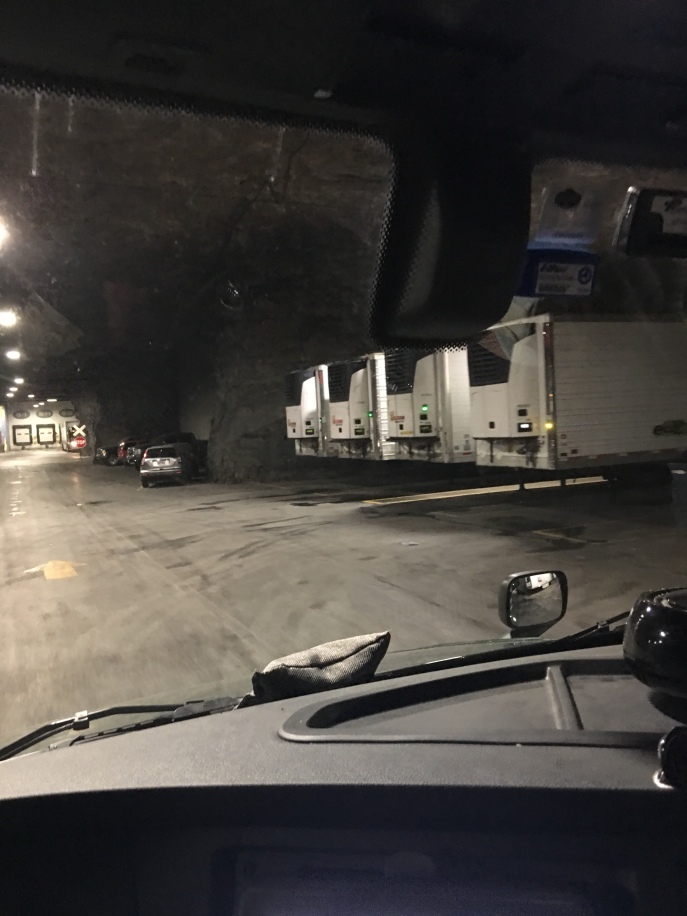 The place is massive. There are up to 25 sections and anywhere from 10 to 40 bays spotted throughout. The bays themselves have doors ranging from 2 to 5 spaces. 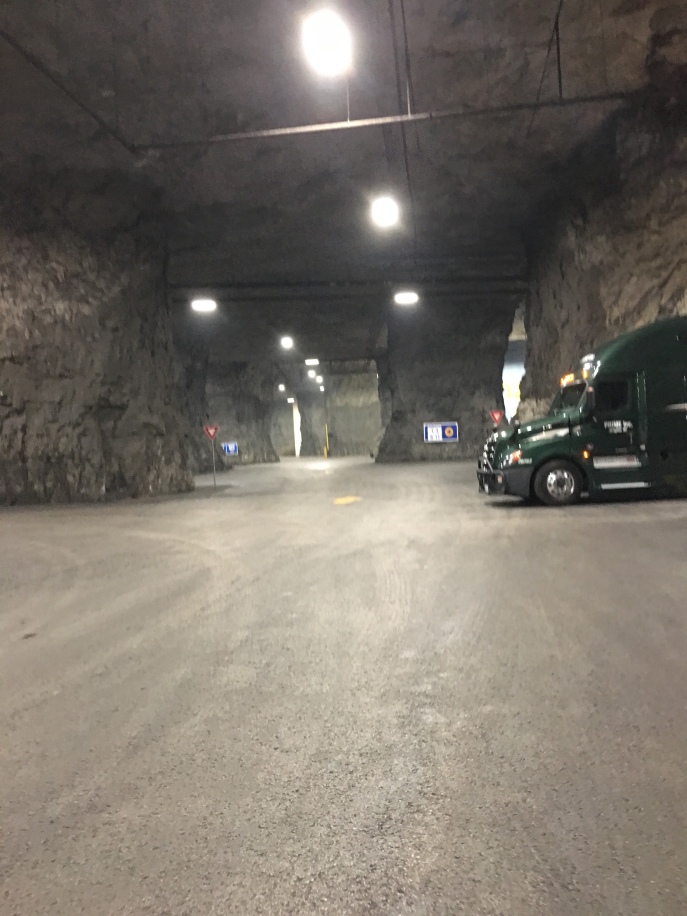 I personally loved the look of the bare stone columns holding up the ceiling. Hey, just because I hated it doesn’t mean I can’t appreciate the beauty of it’s construction.

In other news, I now have purple hair. 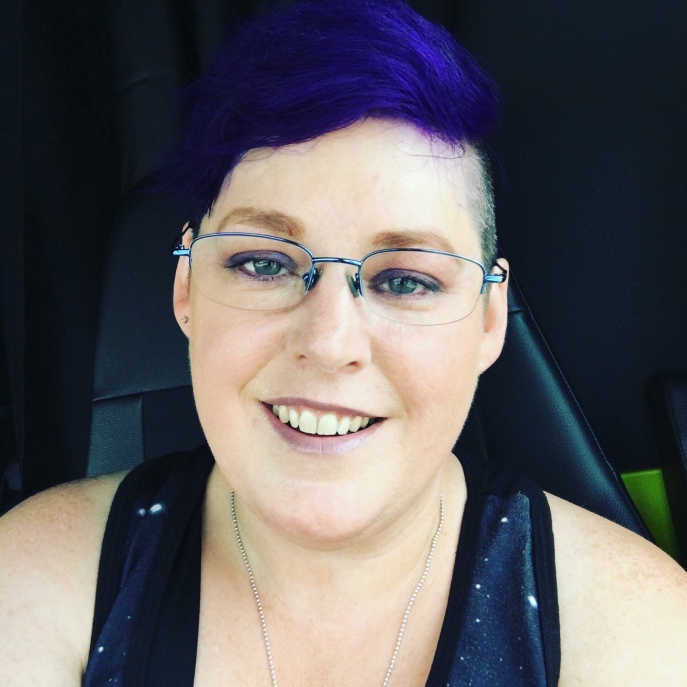 I started this profession for several reasons but one of them was that I was tired of the expectations of corporate life. I spent many years working in customer service giving support, advice, or orders by phone. I’ve never understood the expectations of companies to require workers who will never be seen by customers to “maintain professional dress expectations.” Does wearing jeans really change the way I do my job? Does having unnatural hair color make me a less effective employee?

Now I wear what I want and have my hair however I want. The freedom to just be me is intoxicating. I have plans for more tattoos because it’s something I’ve always wanted. More piercings planned because they make me happy. Yes, I’m pushing close to 50 but I look good and now I feel good. My happiness is in my hands and I’m the happiest I’ve ever been in my life.

One of the things that makes me really happy is coffee. It’s my biggest addiction. I need it in my life. I realized that while I had a way of making coffee in the morning, I started being lazy and buying coffee. That’s just a waste of money. Now that it’s summer, I don’t always want hot coffee and its not always easy to get iced coffee. 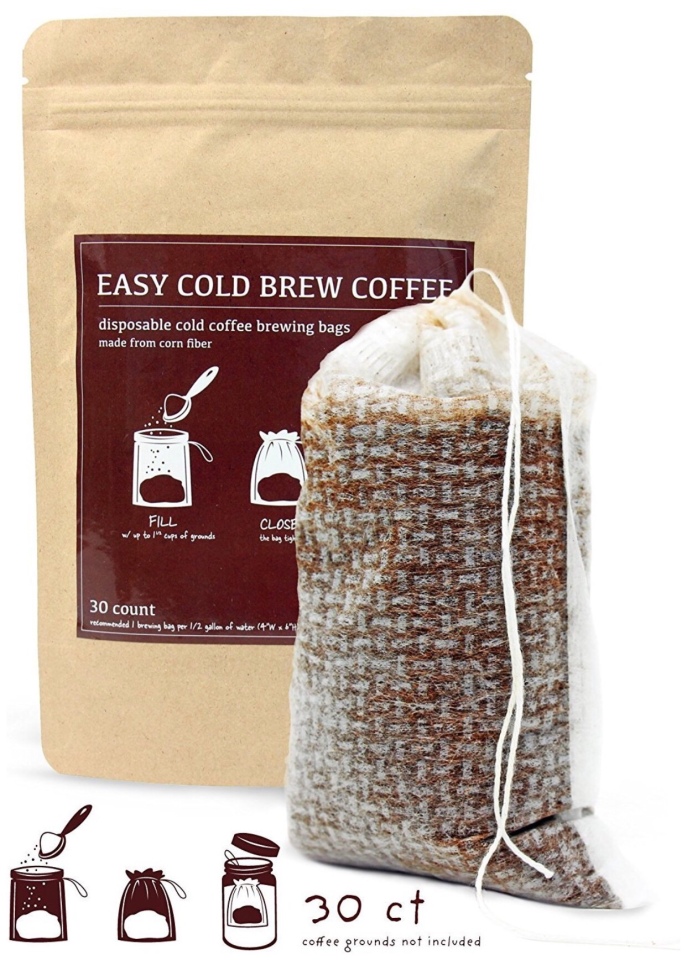 I bought these on Amazon and ZOMG they are amazing. I throw in some coffee grounds, place them in a mason jar, and the next morning I have coffee ready to go. They also claim to work remarkably well for infusing water with fruit but that’s something I haven’t had the opportunity to try. They are made from corn so they are biodegradable so I don’t feel horrible about adding more plastic into the world.

5 thoughts on “Facing fears and being your best self…”