Today the 12th of December, well “today” as I write this because who knows if or when this will be uploaded, is my one year anniversary of getting my CDL and legally being able to drive a truck. Three trainers and a few months later and I was picking up my new truck, now dubbed Large Marge, because who doesn’t love a good Pee Wee Herman reference?

So, what’s been going on with me you say? Yeah I know it’s been a while. It’s not you, it’s me. You, my lovely readers, haven’t been forgotten. I’ve just been…in a place. Not a good place and not a bad place.

So I’ve mentioned my upbringing a time or two and some of you know more than others, but for those new here I grew up a transient. I went to 12 schools in 12 years and even after school I couldn’t stay in one place. I’ve lived at roughly 30+ addresses in my young 47 years. To add to that, I was an only child and what was termed as a latch key kid. I was always the new kid and by the time I made friends we were moving again, so I spent A LOT of time alone. I had plenty of toys and games but no one to play with so it made me hate being alone. Until now…

True, the loneliness of this job was hard to get used to, but now I revel in the fact that I can sometimes go a day or two without talking to anyone. I have two people I talk to almost daily and that’s a fellow driver named Jay who has been instrumental in helping me along the way and my sister from another mister Tonya who is a part of my T-Town family. There are some days that I don’t talk to either of them and that’s ok. I no longer get twitchy when I think of being alone. It doesn’t make me feel that I’m missing out or that I’m less than, something it very much used to do. Now, I’m at peace with my life and choices and for the first time I no longer feel as if I’m always on the run from something but rather to something.

With that being said, I’ve just been dispatched on my last load of the year because this time next week I’ll be in Ireland. I’m taking this show off the road, over the pond, and on to new roads. I’ll even be driving over there so that should be interesting as the rental is a manual right hand drive. Ok, who am I kidding? I’m freaking stoked. I also decided to splurge and get business class tickets because they weren’t that bad and because I could. Plus, considering that we’re flying back the morning of the 1st, I feel it prudent to be able to lay flat while I cross the Atlantic. I’m sure I’ll be at worst hung over or at best still a bit drunk.

I’ve writing you all several times, but I haven’t been able to finish any of them. Maybe I’ll post them anyway. I kept losing my thoughts and everything just petered out. No my darlings, it really isn’t you.

For a quick recap…

In September I went to San Francisco with two lovelies and had a grand time. 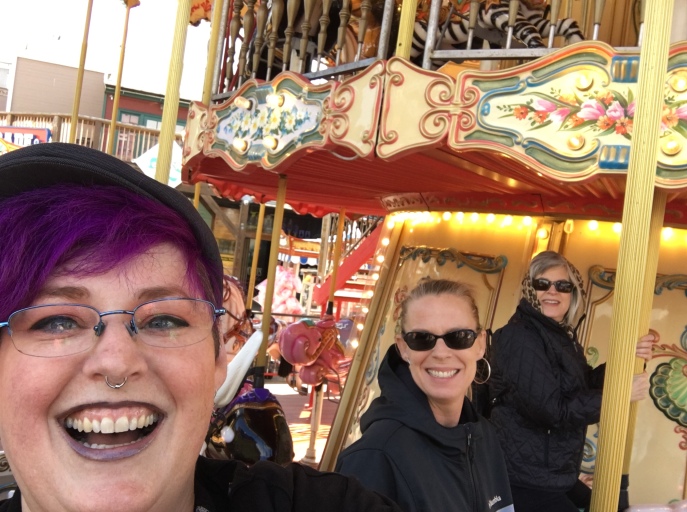 In October I was back at home in Chicago and rocking out with Nine Inch Nails and catching up with family.

In November it was time to get my cooking on by making a full thanksgiving dinner of a one legged turkey (true story he only had one leg but that’s for another time) for my T-Town family in Tulsa. Everything was a huge success or they were convincing liars. Considering the King Brothers came over the next morning to eat left overs, I’m guessing I did well. It’s weird to be spending as much time as I have been in a place I previously detested, but again I’m in a very different place now from where I was when I lived there. 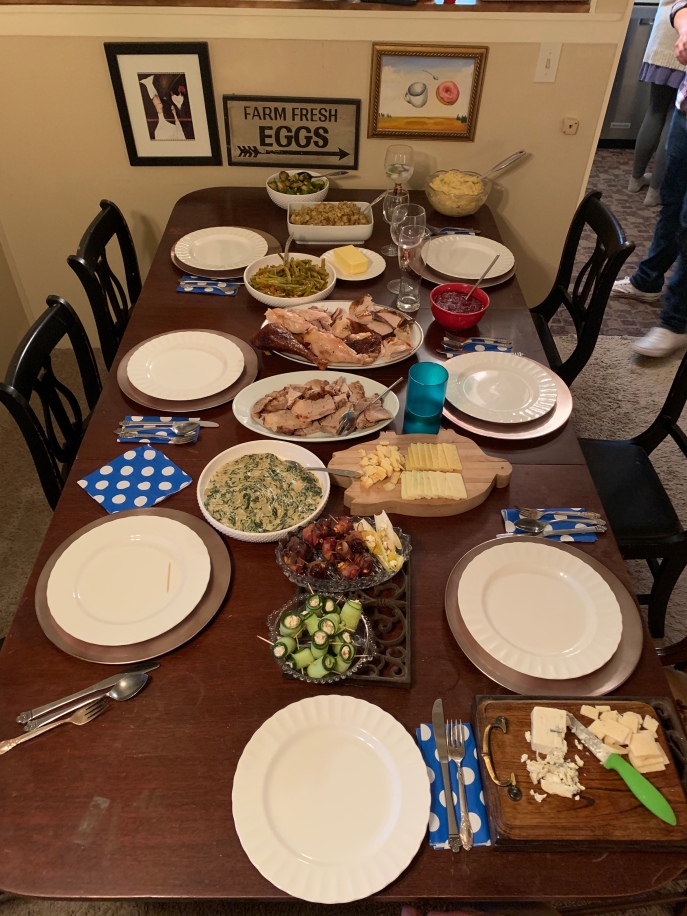 On my travels I’ve stumbbled across things that have made me laugh, 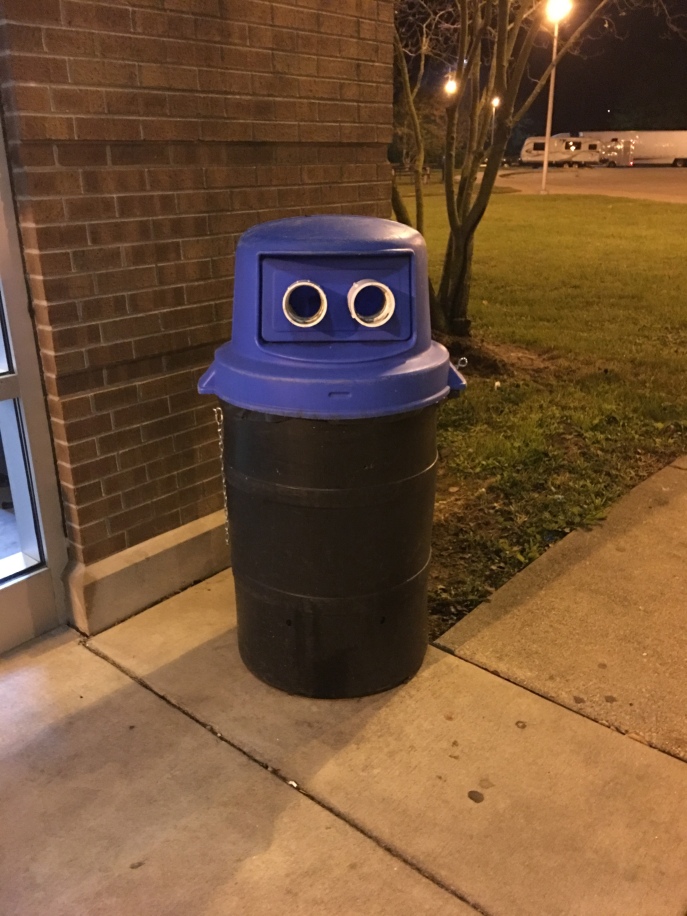 As well as things that have made me cry.

I’ve learned that some truck stops have bath tubs. 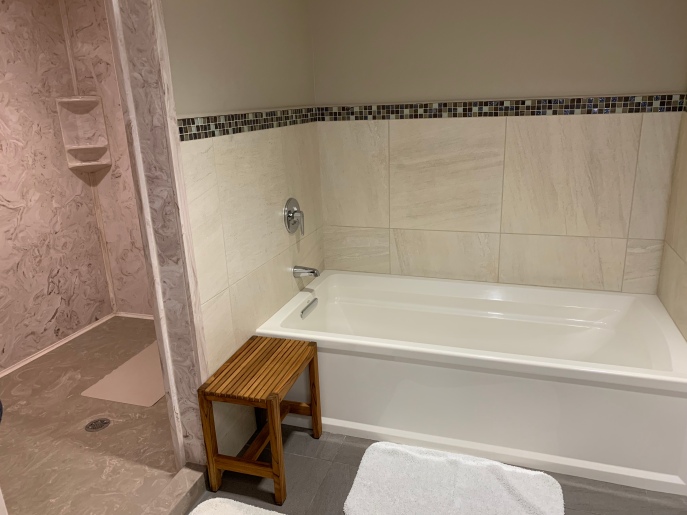 I’ve spent miles and miles wondering what that light in the sky is.

I’ve crossed the continental divide 16 times and been to the highest elevation East of the Mississippi River 12 times.

I’ve picked up some new piercings and ink and have made self care a part of my routine. 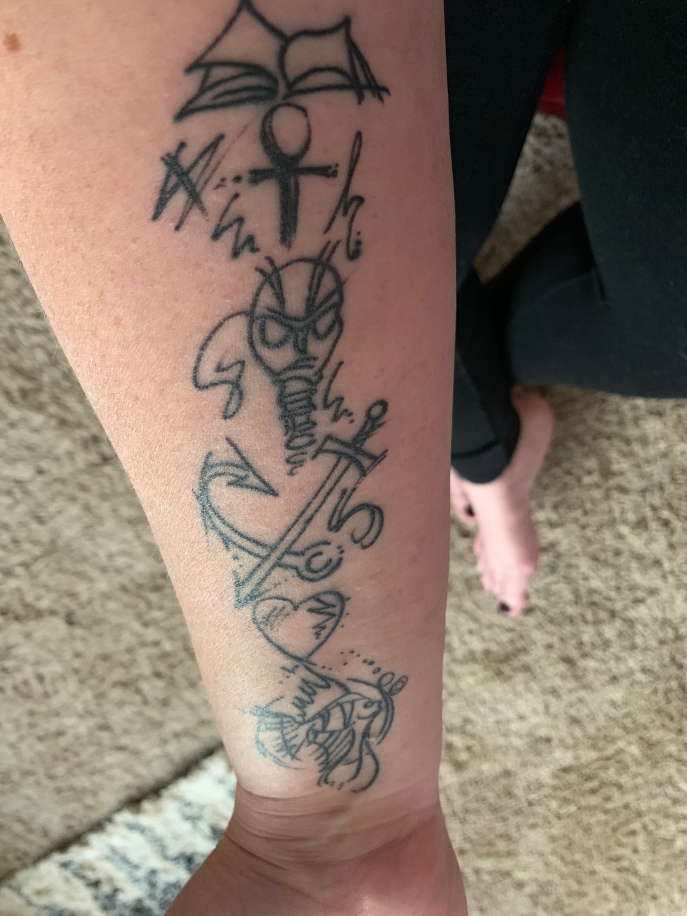 I’ve even picked up a new hobby because…Godzilla. 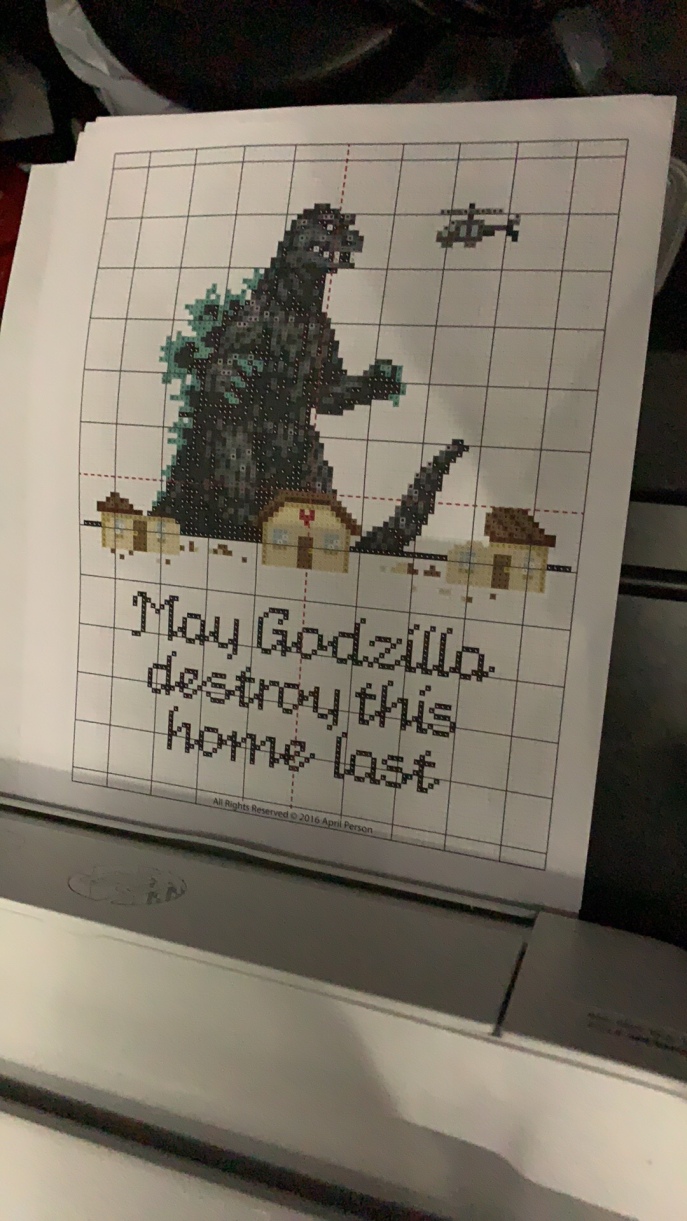 One thing I’ve been struggling with lately is weight gain. It’s starting to happen despite my best attempts at keeping it away. Of course I’ve been in the cold zone for the last two months so I’m trying to just chalk it up to that, but given my history I know that’s not the whole story. I’m not emotionally eating but I’m also not making the best choices. That’s something to work on next year. I’m not going to stress it now.

All in all, life is good and just gets better every day and that’s really all I have to say.

Merry Holidays and all that jazz to you and yours. I truly wish each and everyone of you a Happy New Year. I’ll see you on the flip side! Love you!

2 thoughts on “Year one is in the books!”