So I realized after posting my last update that it encompassed more than one day, which is fine but ultimately messed up my tidy day by day walkthrough of Ireland.

In other words, welcome to my brain. It’s messy, noisy, and non-sequential but it’s really rather glorious if you like weird twists and turns and non-sequiturs. Hey, you’re still reading so you must!

So, to recap and catch everyone (including myself up)

Whew! Glad that’s all cleared up.

On the 26th in Ireland they celebrate St Stephens day. Being that I’m not catholic and have no idea who St Stephen is or how/why he became a Saint, I’ll let you use whatever your favorite search engine/information stream is for more information. All I know is that in America we know it as the day our vacation ends and we have to go back to work.

On this day, since I was still on vacation, I decided to head to the Cliffs of Moher. 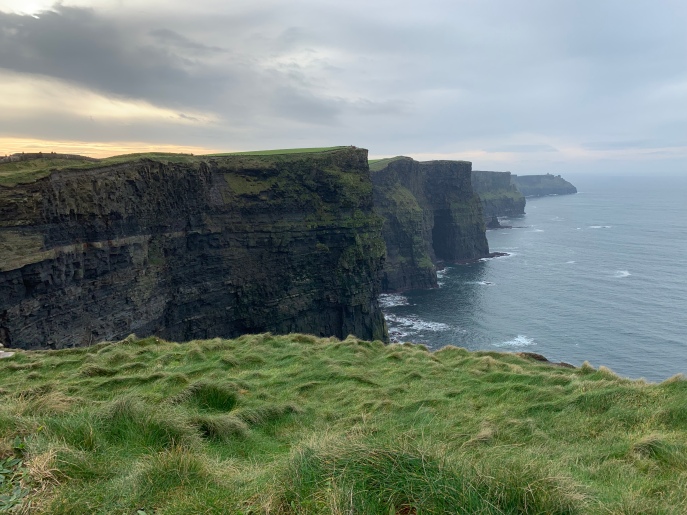 If I had come earlier in the year, I could have gone to Doolin and taken a boat ride under them and to the Aran Islands. Oh gee, I guess I need to plan another trip.

One thing that was plentiful were the number of ravens (ok I lied, no crows just ravens) who had little to no fear from us silly humans. Most likely hoping for a handout or two. 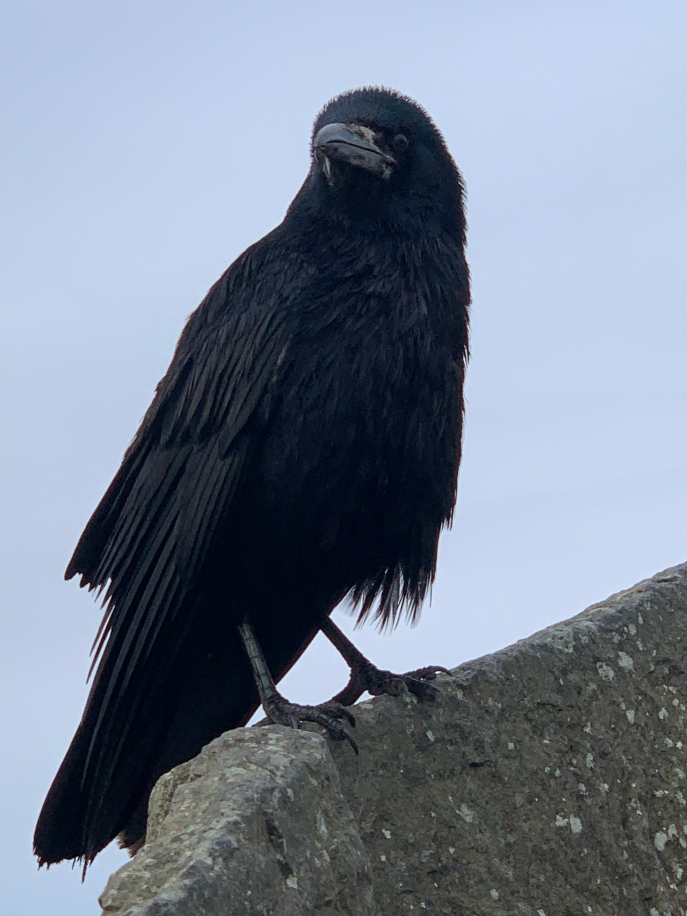 There were lovely walking trails along the tops of the cliffs. While this was my plan I made it as far as O’Brien’s Tower

Two things about visiting Moher on St Stephens day. First, no need to pay an admission fee since no one was working, yay! Second, no toilets were open because no one was working, boooo! As I started to walk past O’Briens tower and head towards the path, I saw it was a muddy mess with plenty of traffic and I really needed to use the toilet, which there were none open because it was St Stephens day. Did I really want to chance a walk and an embarrassment? No, besides I might have been feeling a bit tender from my personal Christmas celebration.

Back in the car I took my time and just enjoyed the scenery and wondered about St Stephens day. Being the heathen that I am, I know little about Saints except that Patrick is used as a way for gaggles of ‘that guy’ having an excuse to get black out drunk and piss and fight their way all over Wrigleyville or the fact that Chicago dyes the Chicago river, which is already a shade of green, into a nightmare of atomic proportions.

I did ask a fella about it and he told me of the other term of the 26th of December being Wren Day.

Look up Wren Day and search images or give a quick listen to a song by The Clancy Brothers and Tommy Makem. I highly recommend the song but I’m also a sucker for Irish music.

Day 7, my last day in Bodyke was spent in contemplation and laundry. The cottage had a washer/dryer combo which was pretty typical from what I saw of flats, but I couldn’t figure out how to get the dryer to work which meant I had to hang everything. No big deal since this is how I like to roll when home, but yeah I just decided to laze and watch my clothes dry. I’m sure there’s a metaphor in there somewhere.

OOOOOOOOOH! Ok, I totally spaced this (there goes my brain again) So, my second trip to Brogans on Christmas Eve I had their mussels and OMG… Yes I’ve been told the mussels in Brussels are wonderful (side note Mussels in Brussels is my new all girl punk band name) but to date these were the best mussels I’ve had. 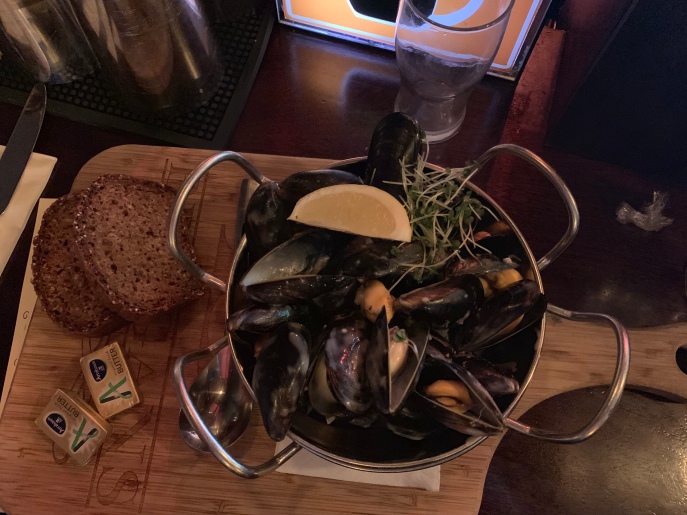 Next up: Dublin, Lemmy, and serindipity