I had written a long play by play of what happened with my first trainer, but now it seems small and unnecessary.

While in Salt Lake waiting on my second trainer, I was introduced to a few potential trainers. The first one I was given, after speaking for an hour, finally said he was a smoker and I told him I only want a non-smoking truck.

The next trainer treated me from the beginning like I was a new trainee, which is fine because I knew he needed to meet me and see me drive to know my skill level. He said I would be driving nothing but overnights and that his truck only does 55MPH. Doing quick math that meant that I would be losing a potential of 220 miles per day to reach that 30,000 needed to go solo. Taking a deep breath and knowing that beggars couldn’t be choosers I agreed and he headed to Salt Lake as I began to flip my schedule.

About 3 days later, after only being asleep for 3 hours, I was told to gather all my gear and head to the terminal as they had a different trainer for me.

I won’t go into detail on what my week with this trainer has been, suffice to say that I’ve been screamed at for following his directions, lectured at on non-sequitur topics for hours, accused of being stupid, called a liar, and exposed to general disdain. It’s been fun!

So yesterday this trainer tells me that he’s taking me to the Springfield terminal because he’s quitting and turning in his truck, you’d think that I’d be happy. Unfortunately I’m raging mad. His reasonings for doing this is his previous female trainee fired him and wrote a letter outlining why. He maintains it’s all lies. I, having been exposed to some of it, know there is truth in her words. So, because this female is besmirching his name he’s decided to get off the road for a while and give retirement a try.

Cool dude, you do you, but at the same time you made a commitment to me and to the company to finish out my training. Yes it’s a bad situation but I’ve also learned how to deal with him which is give everything, with the exception of the lectures, right back to him. If someone wants to see what I’m made of all they need to do is push me. As much as I take issue with this dude I really want this training to be over.

Anyway, now with 10,000 miles left, I’ll be getting a third trainer and I’m beyond frustrated. I’m starting to feel like I was sold a bill of goods that was a lie. 6 weeks to get through this part? Ha!

I still don’t regret my decision to join this profession but this training experience has been less than stellar.

The only bright spot in my world right now is that I got to see my daughter last night. 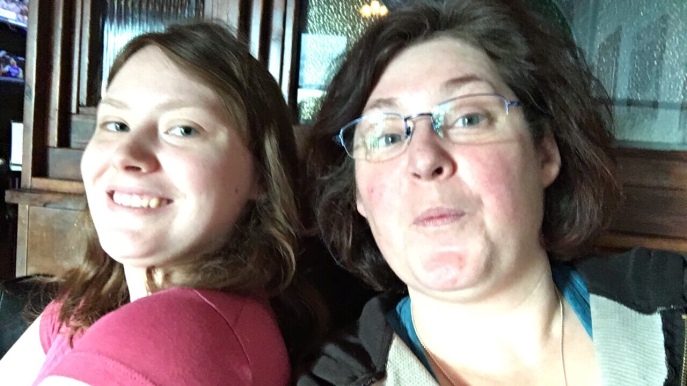 We had our usual date night of dinner and a movie and I got to meet my furry grandkids (as she calls her dogs).

Every night has a dawn and soon this chapter will be over. Until then, I apologize for the silence as I haven’t had any downtime to write. I know some of you rely on this blog to make sure I’m ok. I will try to do better. Xoxo 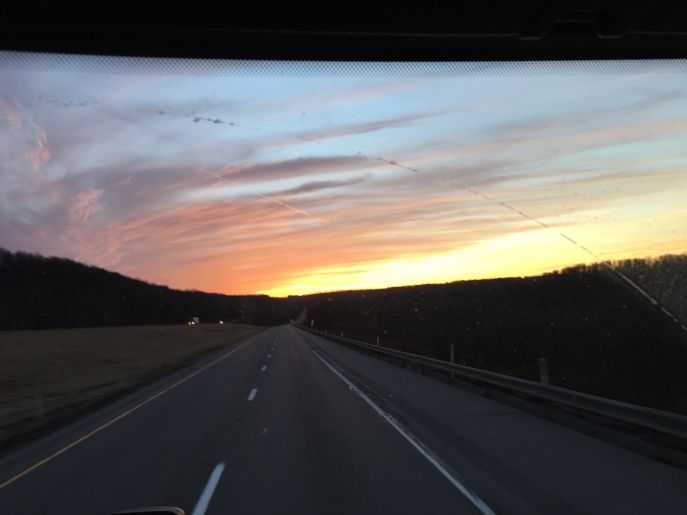 3 thoughts on “Breaking in yet another trainer….”